App development languages enable developers to write instructions for applications. They are the building blocks of apps, and there’s no shortage of them. There are over 700 mobile app languages.

While each programing language has its pros and cons, some are more popular than others. They are the ones we are focusing on in this post.

So, what are the popular app development languages this year and why? 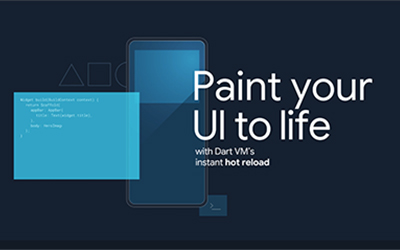 Developed by Google and released in 2011, Dart is easy to learn for most programmers. It provides very good performance, has plenty of documentation, and supports both Ahead of Time (AOT) and Just in Time (JIT) compiling.

Dart owes a lot of its popularity to Flutter, a Google-backed open-source platform that enables developers to build multi-platform native apps from a single codebase. It has become one of the most popular app development languages.

Dart is the programming language used in the Flutter app development framework. Flutter helps power many apps around the world, including Google Ads, Hamilton, Reflectly, Xianyu by Alibaba, and Groupon.

JavaScript is a core web technology, and it’s at the heart of many front-end development frameworks including React Native. React Native is a JavaScript library developed by Facebook that many developers use for building apps that can run across different mobile platforms.

JavaScript is present in one form or other in many well-known apps through React Native or another JavaScript library, including Facebook, Netflix, Uber, and Duolingo. 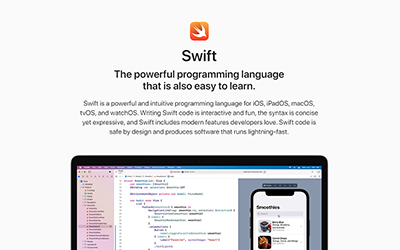 Apple released Swift in 2014 as an open-source programming language specifically developed for building apps for iOS and other Apple operating systems. It’s the go-to choice for developers who want to build native mobile apps for iOS.

Kotlin can act both as a Java substitute or Java complement. It’s a natural choice for app developers building apps specifically for the Android platform. Designed for the Java Virtual Machine and Android, it’s known for its interoperability, tooling support, and safety. Kotlin is officially supported by Google.

Some of the most popular Android apps use Kotlin, including Pinterest, Evernote, Coursera, and Trello.

Although Java was released all the way back in 1995, it’s still going strong today. Java is a powerful language for back-end app development. Many app developers started with Java before learning other platforms.

Many great apps have been written in Java including Spotify, Twitter, and Cash App.
And with that, our list comes to an end. Ultimately, the best programming language for app development depends on the target platform, developers’ experience, app budget, and other factors. There’s no one-size-fits-all solution.

Here are some additional resources on app development languages:

Apps Developed provides you with the latest information on app development including mobile app development, web app development and cloud development.
Categories
Most Viewed
Facebook Twitter
Close
Most Viewed
App Development
We use cookies on our website to give you the most relevant experience by remembering your preferences and repeat visits. By clicking “Accept”, you consent to the use of ALL the cookies.
Do not sell my personal information.
Cookie SettingsAccept
Manage consent

This website uses cookies to improve your experience while you navigate through the website. Out of these, the cookies that are categorized as necessary are stored on your browser as they are essential for the working of basic functionalities of the website. We also use third-party cookies that help us analyze and understand how you use this website. These cookies will be stored in your browser only with your consent. You also have the option to opt-out of these cookies. But opting out of some of these cookies may affect your browsing experience.
Necessary Always Enabled
Necessary cookies are absolutely essential for the website to function properly. These cookies ensure basic functionalities and security features of the website, anonymously.
Functional
Functional cookies help to perform certain functionalities like sharing the content of the website on social media platforms, collect feedbacks, and other third-party features.
Performance
Performance cookies are used to understand and analyze the key performance indexes of the website which helps in delivering a better user experience for the visitors.
Analytics
Analytical cookies are used to understand how visitors interact with the website. These cookies help provide information on metrics the number of visitors, bounce rate, traffic source, etc.
Advertisement
Advertisement cookies are used to provide visitors with relevant ads and marketing campaigns. These cookies track visitors across websites and collect information to provide customized ads.
Others
Other uncategorized cookies are those that are being analyzed and have not been classified into a category as yet.
SAVE & ACCEPT
Close
Go to mobile version